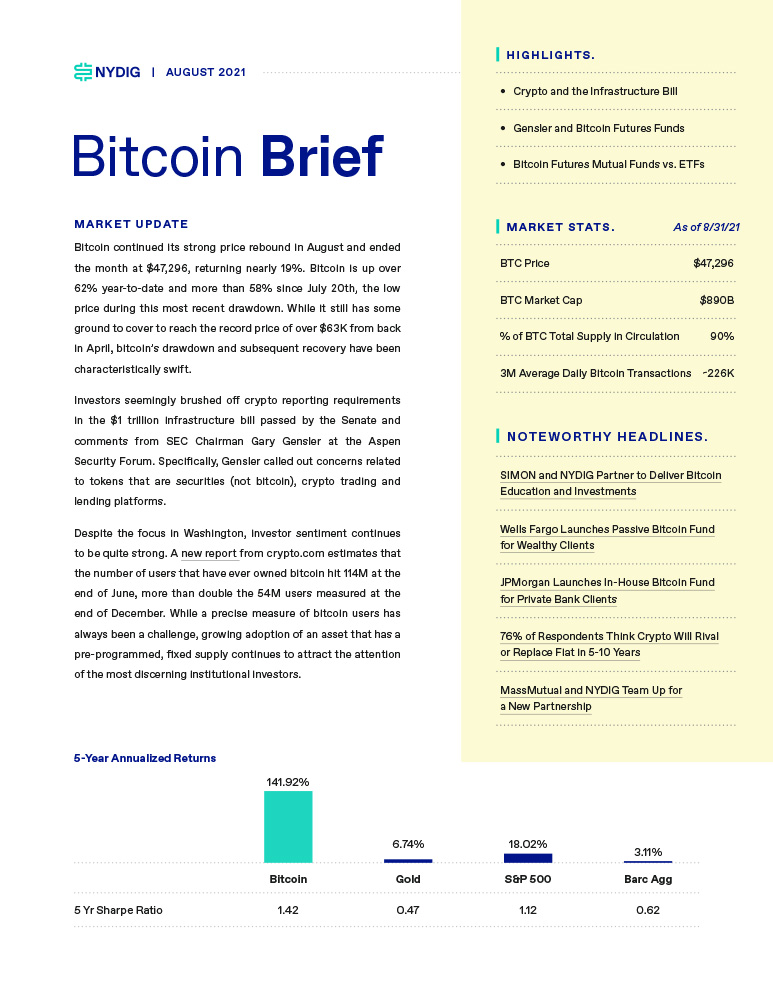 Bitcoin continued its strong price rebound in August and ended the month at $47,296, returning nearly 19%. Bitcoin is up over 62% year-to-date and more than 58% since July 20th, the low price during this most recent drawdown. While it still has some ground to cover to reach the record price of over $63K from back in April, bitcoin’s drawdown and subsequent recovery have been characteristically swift.

Investors seemingly brushed off crypto reporting requirements in the $1 trillion infrastructure bill passed by the Senate and comments from SEC Chairman Gary Gensler at the Aspen Security Forum. Specifically, Gensler called out concerns related to tokens that are securities (not bitcoin), crypto trading and lending platforms. Despite the focus in Washington, investor sentiment continues to be quite strong.