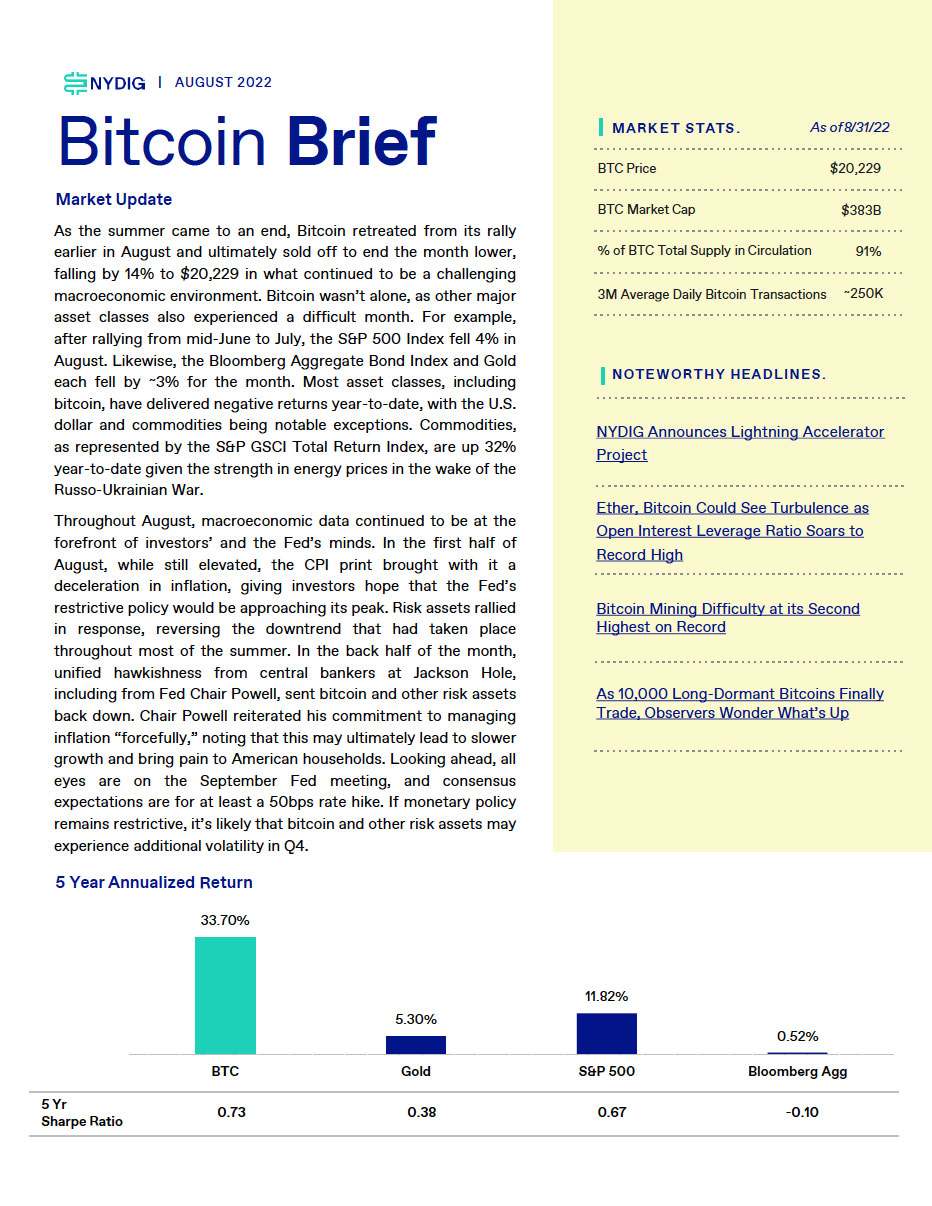 As the summer came to an end, Bitcoin retreated from its rally earlier in August and ultimately sold off to end the month lower, falling by 14% to $20,229 in what continued to be a challenging macroeconomic environment. Bitcoin wasn’t alone, as other major asset classes also experienced a difficult month. For example, after rallying from mid June to July, the S&P 500 Index fell 4% in August. Likewise, the Bloomberg Aggregate Bond Index and Gold each fell by ~3% for the month. Most asset classes, including bitcoin, have delivered negative returns year-to-date, with the U.S. dollar and commodities being notable exceptions. Commodities, as represented by the S&P GSCI Total Return Index, are up 32% year-to-date given the strength in energy prices in the wake of the Russo-Ukrainian War.

Throughout August, macroeconomic data continued to be at the forefront of investors’ and the Fed’s minds. In the first half of August, while still elevated, the CPI print brought with it a deceleration in inflation, giving investors hope that the Fed’s restrictive policy would be approaching its peak. Risk assets rallied in response, reversing the downtrend that had taken place throughout most of the summer. In the back half of the month, unified hawkishness from central bankers at Jackson Hole, including from Fed Chair Powell, sent bitcoin and other risk assets back down. Chair Powell reiterated his commitment to managing inflation "forcefully", noting that this may ultimately lead to slower growth and bring pain to American households. Looking ahead, all eyes are on the September Fed meeting, and consensus expectations are for at least a 50bps rate hike. If monetary policy remains restrictive, it’s likely that bitcoin and other risk assets may experience additional volatility in Q4.