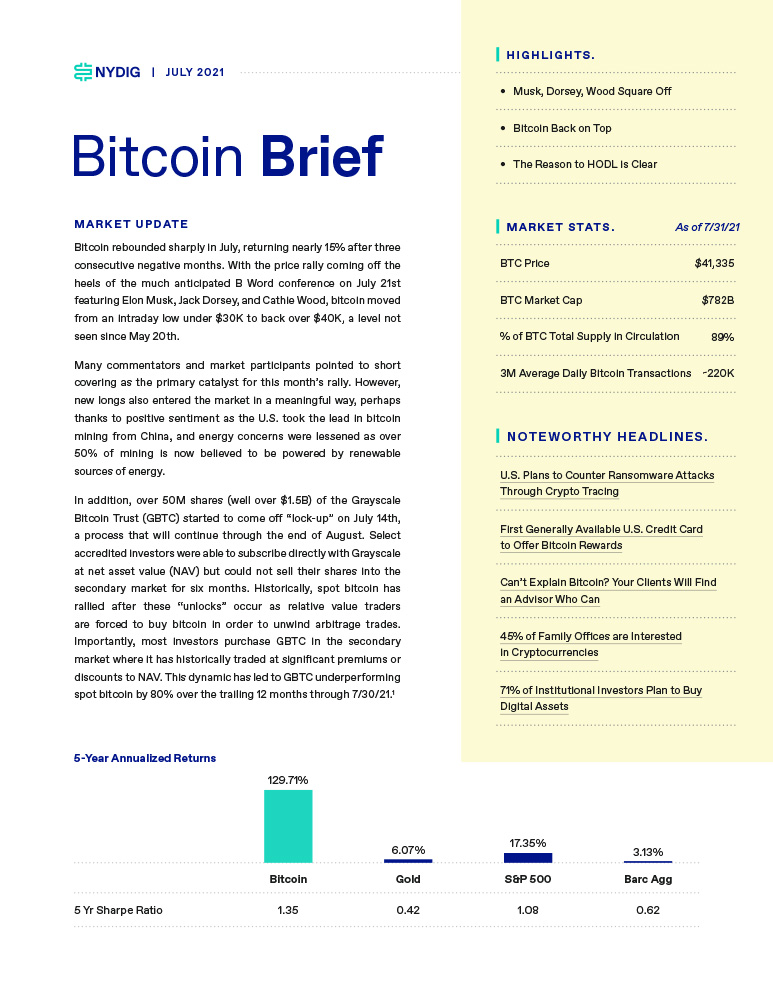 Bitcoin rebounded sharply in July, returning nearly 15% after three consecutive negative months. With the price rally coming off the heels of the much anticipated B Word conference on July 21st featuring Elon Musk, Jack Dorsey, and Cathie Wood, bitcoin moved from an intraday low under $30K to back over $40K, a level not seen since May 20th.

Many commentators and market participants pointed to short covering as the primary catalyst for this month’s rally. However, new longs also entered the market in a meaningful way, perhaps thanks to positive sentiment as the U.S. took the lead in bitcoin mining from China, and energy concerns were lessened as over 50% of mining is now believed to be powered by renewable sources of energy.

In addition, over 50M shares (well over $1.5B) of the Grayscale Bitcoin Trust (GBTC) started to come off “lock-up” on July 14th, a process that will continue through the end of August.