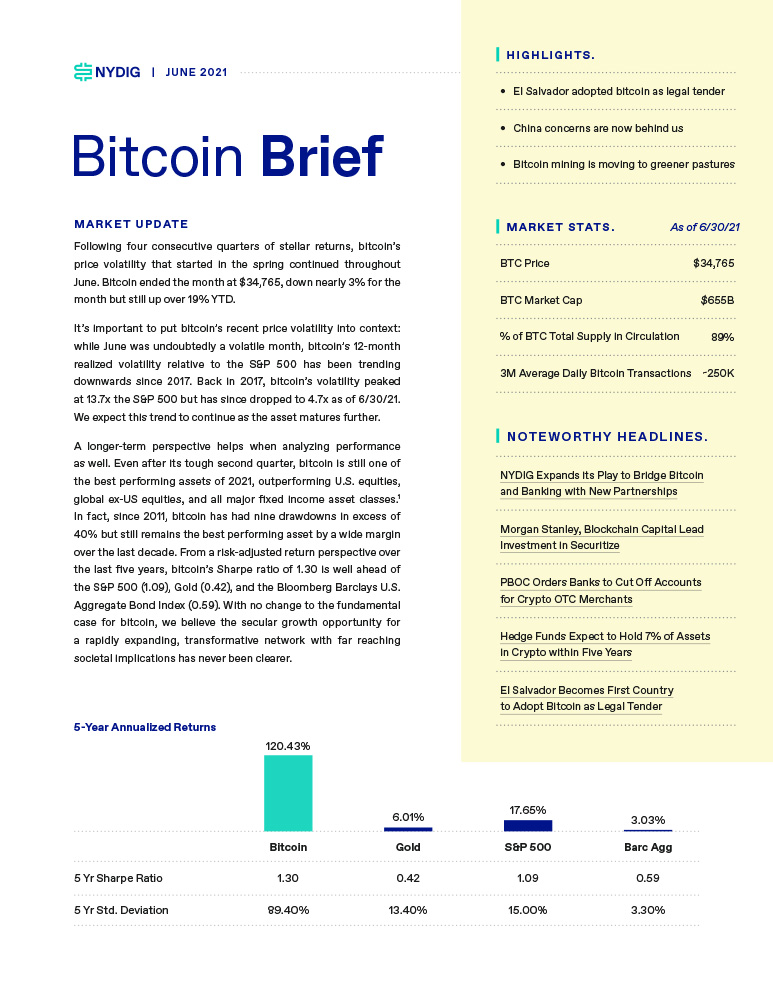 Following four consecutive quarters of stellar returns, bitcoin’s price volatility that started in the spring continued throughout June. Bitcoin ended the month at $34,765, down nearly 3% for the month but still up over 19% YTD. It’s important to put bitcoin’s recent price volatility into context: while June was undoubtedly a volatile month, bitcoin’s 12-month realized volatility relative to the S&P 500 has been trending downwards since 2017. Back in 2017, bitcoin’s volatility peaked at 13.7x the S&P 500 but has since dropped to 4.7x as of 6/30/21. We expect this trend to continue as the asset matures further.

A longer-term perspective helps when analyzing performance as well. Even after its tough second quarter, bitcoin is still one of the best performing assets of 2021, outperforming U.S. equities, global ex-US equities, and all major fixed income asset classes(1). In fact, since 2011, bitcoin has had nine drawdowns in excess of 40% but still remains the best performing asset by a wide margin over the last decade.