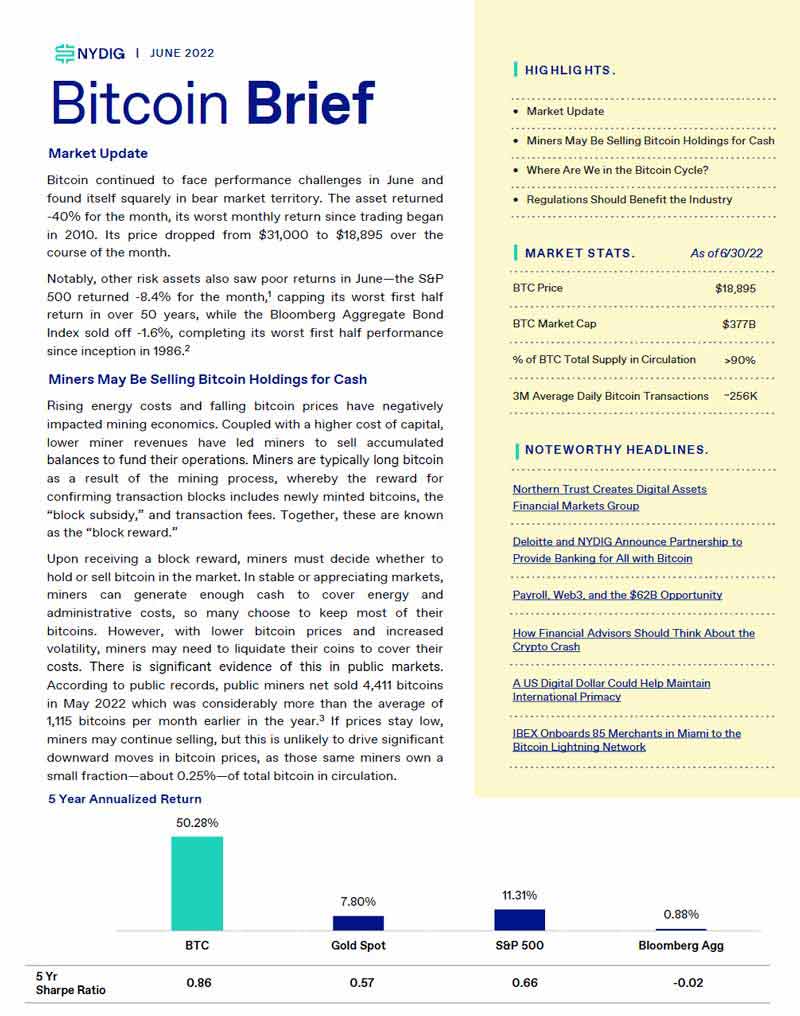 Bitcoin continued to face performance challenges in June and found itself squarely in bear market territory. The asset returned -40% for the month, its worst monthly return since trading began in 2010. Its price dropped from $31,000 to $18,895 over the course of the month.