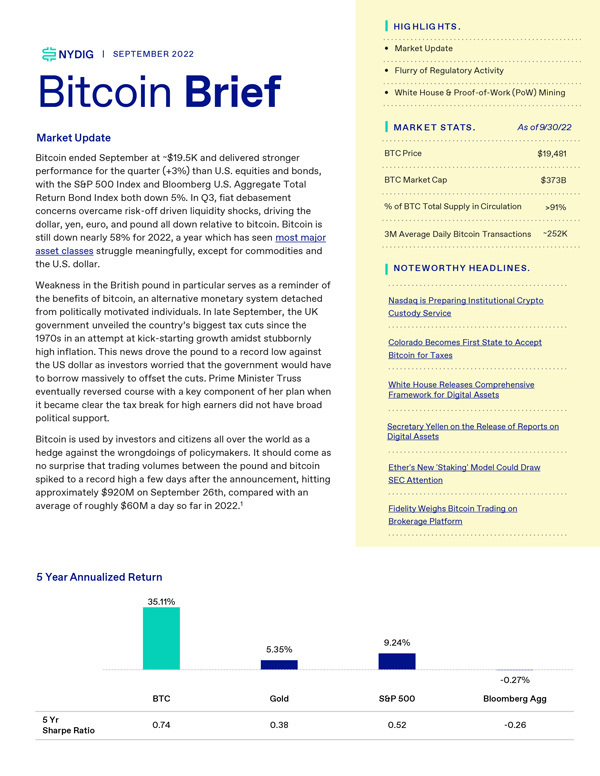 Bitcoin ended September at ~$19.5K and delivered stronger performance for the quarter (+3%) than U.S. equities and bonds, with the S&P 500 Index and Bloomberg U.S. Aggregate Total Return Bond Index both down 5%. In Q3, fiat debasement concerns overcame risk-off driven liquidity shocks, driving the dollar, yen, euro, and pound all down relative to bitcoin. Bitcoin is still down nearly 58% for 2022, a year which has seen most major asset classes struggle meaningfully, except for commodities and the U.S. dollar.

Weakness in the British pound in particular serves as a reminder of the benefits of bitcoin, an alternative monetary system detached from politically motivated individuals. In late September, the UK government unveiled the country’s biggest tax cuts since the 1970s in an attempt at kick-starting growth amidst stubbornly high inflation. This news drove the pound to a record low against the US dollar as investors worried that the government would have to borrow massively to offset the cuts. Prime Minister Truss eventually reversed course with a key component of her plan when it became clear the tax break for high earners did not have broad political support.