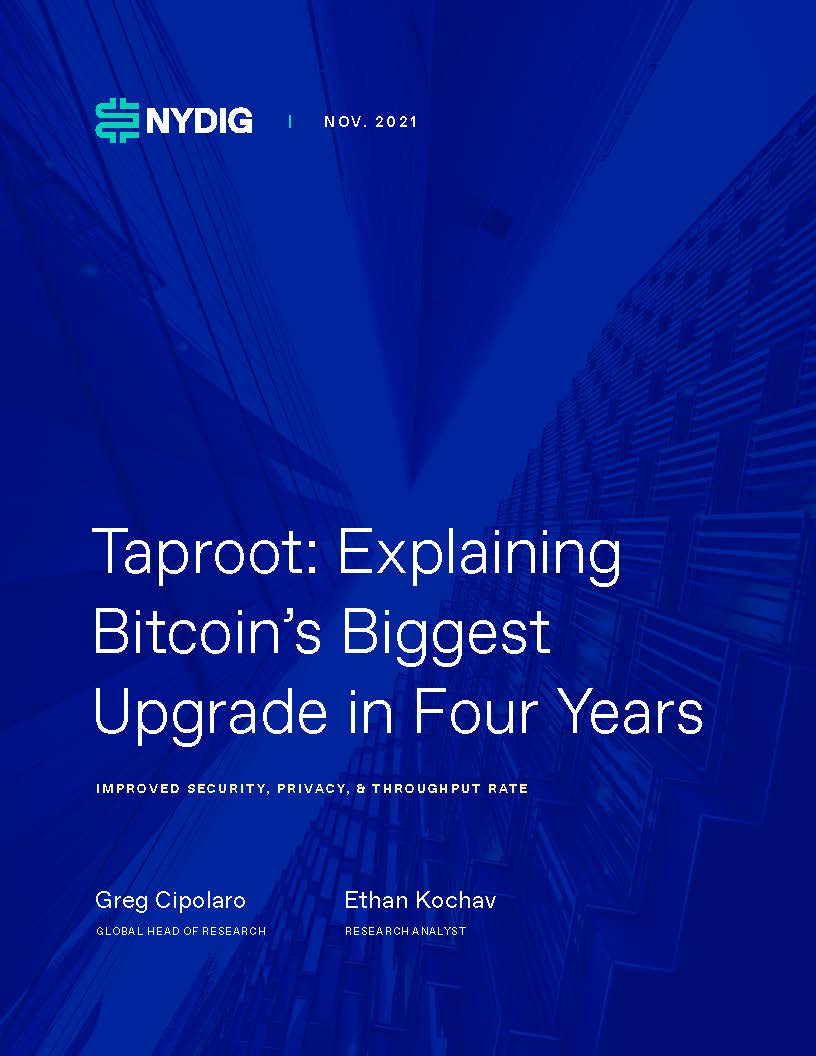 On November 14th, block number 709,632, Bitcoin will undergo its most significant technical upgrade in over four years as a series of technology updates collectively known as “Taproot” becomes part of Bitcoin’s code. Originally proposed by Gregory Maxwell in 2018 and developed by Pieter Wuille, Taproot is designed to improve Bitcoin’s security, privacy, and throughput rate while reducing fees and laying a foundation for future upgrades.

Taproot joins two technologies that have long been contemplated in the Bitcoin developer universe, Merklized Abstract Syntax Trees (MAST) and Schnorr signatures. In the following report, we introduce both technologies and explain how they improve the Bitcoin network. Like previous foundational updates, such as SegWit in 2017, we expect the adoption of Taproot to grow over time. Taproot is being deployed via a soft fork, meaning users, nodes, and miners can choose to adopt the technology but are not forced to do so. Taproot enjoys near-universal acceptance amongst the community, as opposed to SegWit, which was wrapped up in the scaling debate, but Taproot is more complex to implement than SegWit and SegWit provided a much more dramatic transaction fee reduction for most transaction types. Still, the deployment of Taproot is an important milestone for Bitcoin and one that continues to expand its use cases, while making it more secure and private.